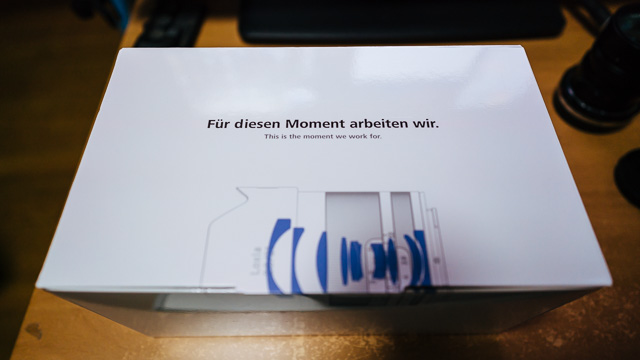 Since there are a lot of similar tests / reviews around internet, and I’m not even an amateur level tester, I’m not going to do any detail test / review.

But since what I do care seem to be different than many others, I’m going to share some of my first impressions, in case there’s somebody similar to me.

1.It’s small but quite heavy, a little bit heavier than my expectation. It will be a little too heavy for wristbands, but quite acceptable for common straps. 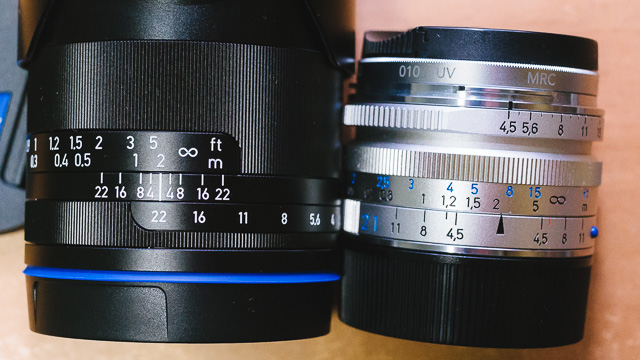 3.Because of the much closer closest focus distance, even with a 90deg of rotation angle, the DOF ruler is still much tighter than ZM lenses. I feel I need some time to be familiar with it. I’ll be much happier if it’s 180-270deg.

4.Actually the whole barrel (include the glossy part) above the DOF ruler is the focus ring.

6.It’s really pretty. But if without the hood, it will be a little uglier. Anyway, it’s still prettier than many other lenses (to me). And I won’t use the hood unless in rain.

7.The hood will cover almost 1cm on the barrel. Although it’s not officially declared to be weather sealing, with the hood and the nice blue sealing ring, I feel confident to bring it into rain (not too heavy). Actually it’s now raining in Shanghai, so my Loxia 21’s first mission was in rain.

8.BTW, since the barrel feels like a piece of solid iron, I guess the rubber sealing ring may become the first part to break…

9.And about the distortion, although the official whitepaper declares a terrible -2.0 distortion (that even curve appear all around internet are with in-camera correction set to ON), it’s quite acceptable to me. It’s much much much better than the FE28 “Fisheye”.